On June 20, OPPO formally released its flagship device Oppo Find X in the Louvre in Paris, France. At the same time, it announced that it officially entered the European market and further expanded OPPO’s overseas market operations. With OPPO’s marketing capabilities, we have no doubt that this phone will be sold. After the marketing giant has transformed into a big technology coffee, the release of FindX seems to be the New World for OPPO.

There are no openings on the front and back sides of the machine. In terms of cameras and unlocking, the dual-rail periscope structure is used to hide the camera inside the mobile phone. It is understood that the test data of the transmission function of the dual-rail periscope structure is up to 500,000, which is why we are not doubting its durability for now. This device seems too good to reject but the only reason to reject now is probably the starting price of 999 Euros(~1150USD)

Similar to the Vivo NEX, OPPO also opted for a pop-up design, except that instead of a front lens, it popped out with multiple parts and sensors in the middle frame. This Pop-up moving part holds a front camera, Face ID face recognition module, light sensor, rear dual camera, and so on.

Oppo Find X is a gorgeous device which when seen from the front reminds Samsung galaxy s9+. The curved edges and color back gives this device a unique yet amazing look and feel. 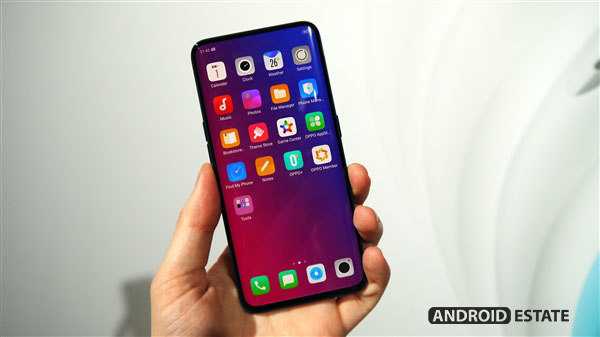 Unlike other Oppo flagships, Oppo nailed this one in the design department. We know Oppo as a Chinese version of iPhone but in the budget. But now with this device, Oppo proves that it got balls to innovate things.

The metal frame, glass back and screen, and a unique poping idea makes this device a premium looking flagship. It is a tall phone which is why this device feels a lot comfortable.

Since Oppo Find X has a glass front and rear, it will come with the disadvantages that all glass back phones come with, like fingerprint magnet, shattering back.

There is no fingerprint scanner on Find X, however, there is face-id which Oppo calls O-Face.

There isn’t any IP certified water resistance rating on this phone. Having the entire top of the phone lift to reveal the cameras is a cool concept, but bad things will happen if you use it in the rain.

The cameras are not visible until you open any camera app or tried to unlock the device. As said, the phone pops entire top section of the phone whenever you wanted a camera.

It takes less than a second for the device to unlock the device via O-Face which is faster than iPhones Face ID.

On the back of this motorized segment, you’ll find a primary 16MP sensor and a 20MP secondary offering OIS (optical image stabilization). The two cameras work together to provide extra depth information on your images, allowing you to create Bokeh (blurred background) effect photos.

The Find X packs a Qualcomm Snapdragon 845, 8GB of RAM, 256GB of internal storage, and a 3,730mAh battery. This kept the device running smoothly even when a heavy task is given.

With 8GB of RAM combined with Snapdragon 845, this is a beast. Find X runs on Color OS 5.1 which is based on Android Oreo 8.1. Don’t expect any timely updates from Oppo. Let’s hope Oppo changes the way it deals with updates from now. 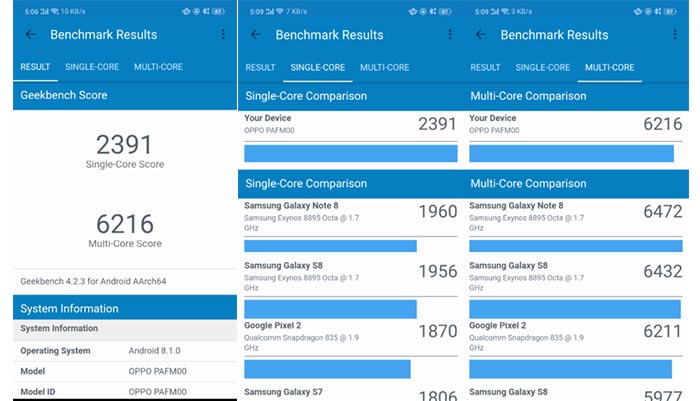 The phone has another Find X Lamborghini version which uses carbon fiber texture body design comes with 8GB of memory +512GB storage, priced at 1699 euros, or about $2000.

The release date is set for August and we already know that it will be available in Spain, France, India, China, Italy, the Netherlands, Taiwan, and Australia. Oppo has also confirmed that the Find X will find its way to North America as well.

Oppo Find X is definitely a premium flagship with power-packed internals and gorgeous looks, however, the price tag is little harder to digest. 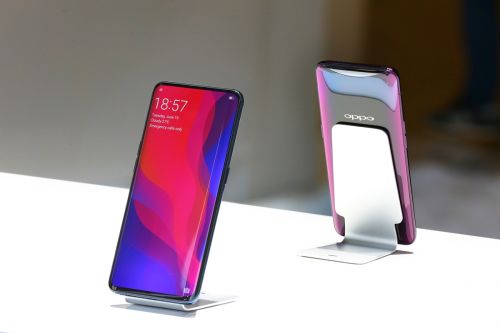 Vivo Nex S: The SamrtPhone right from the future