With over 500 million downloads, UC browser is the second most used browser in the world. UC is as popular as Google Chrome. UC browser has very clean UI, refined design and can do a lot more than just browsing.

There has been a lot of speculations and rumors in the past stating that UC browser is selling its users data. UC browser also has issues with its irrelevant and controversial images using in notifications. Many users reported Google about their inconvenience with UC browser and its violations. Despite all these issues, Google refused to remove UC from its store. But now, all of a sudden, Google removed it from the store. 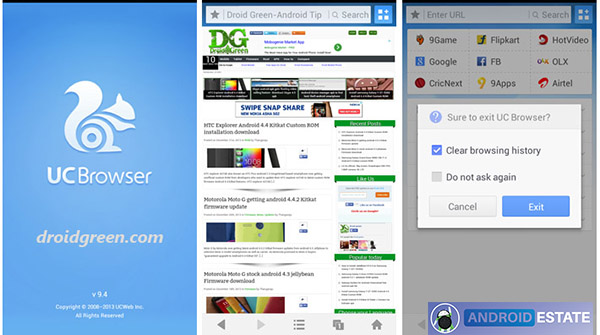 Anyhow, we missed one of the fastest and good looking browsers out there. Let’s hope that UC Browser fixes its issues soon and re-enter the play store soon. Let’s hope for the best.

Twitter lite was Launched in 24 Countries but not in India. Why?

Simple tricks to speed up your Android